A few years ago, we worked with long-time client, Mid-Columbia Health Foundation, on a campaign called “Level the Playing Field” that was aimed at addressing the lack of adequate fitness facilities at The Dalles High School. This project was born when the hospital CEO noticed at a football game that The Dalles team was noticeably less physically prepared than their opponents. This campaign netted $400,000 for new fitness equipment and facility upgrades in 2017, which was a tangible success in and of itself.

But the true outcomes became evident just this school year when the Riverhawk boys and girls cross country teams, the boys and girls soccer teams, and the football teams all made it to the state playoffs. Well past the timelines of grant reports and donor thank you notes, the investment is bearing fruit, and it is important to take the time to share that success with those who helped make it happen. Whether it is a quick email or phone call, don’t miss an opportunity to keep a past supporter current with the downstream impacts of their investment.

It is easy to forget that at its heart, philanthropy is a partnership among people with shared values. People who appreciate being seen as true partners, collaborating to helping improve our communities and world.

I recently visited a former client in NE Oregon, the Elgin Health Clinic. I was impressed to see that in addition to the usual donor wall acknowledging the supporters that made their capital campaign a success, the lobby included a picture collage depicting the community fundraising events and opening celebrations. The collage showed people working shoulder-to-shoulder, over many months and at many events, to bring a dream to fruition. Something about the informal display felt especially heartfelt and authentically grateful. And it reminded me that any extra effort expended to express appreciation is worthwhile. 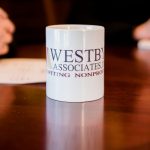