Two roads diverged in a yellow wood,
And sorry I could not travel both
And be one traveler, long I stood
And looked down one as far as I could
To where it bent in the undergrowth…

I had a bit of a “Robert Frost” experience over this past Christmas Holiday.  I lost my cell phone on a sprawling three-hour rollick with our two Golden Retrievers at Battle Ground Lake.

The phone slipped quietly from my sweatpants’ pocket somewhere along the twisting trail.  My problem was that on that trail there was the proverbial fork in the road. And unlike Mr. Frost, I had on this occasion indeed travelled both – and extensively. In doing so I had actually followed Yogi Berra’s advice, and when I came that fork in the road I took it.

If you’re doing the math, I took a fork and lost a phone.  And did I mention the phone’s battery was in its last throes? So even if I went to the office to retrieve my ipad and reconnoitered with the find my iphone technology fully deployed, it would have been unlikely to remedy the situation.

So I tapped my insurance and had the phone replaced, which thanks to my wife and business partner, happened post haste (as soon as she stopped laughing, that is, and a slightly longer period had passed where she undoubtedly considered just who she had married).

That left me without a phone for exactly three days; Three days that bookended Christmas, which in this particular year consisted of two work days and the Holiday itself.  Of course, I still had an ipad, and a computer station and phones at both home and the office… but I nonetheless felt utterly – if temporarily –incommunicado.

But even more surprising for me was the liberation that ensued my dropped calls.  Unanticipated as it was unyielding, my post-phone-partum was both absolute and absolutely freeing.

The winter-weather-induced school holiday represents in my memories some of the best hours I ever spent; Granted, I confess, with very little – besides the memories – to show for them.  But what memories they are!  You have them, too, I have a hunch.

Sledding, snow fights, snow men, snow slushies, snow angels, and the occasional yellowed snow (does a boy pee in the woods?  More than you know.)

And, as we learn to adult, we find that the snow day no longer shuts down our responsibilities and/or those of commerce, but it does lurch us all into a much slower gear, doesn’t it?  We all instantly chill.  Less we forget that there are  driveways and sidewalks and doorsteps to shovel, not to mention those calls to Les Schwab.

Well, losing your phone can be kinda like that, albeit only for the loser, who might actually be the winner in this tale, after all.

It turns out when I took those forks in the road, I did also take that road less travelled  that M Scott Peck wrote about in the ‘70s. I recalibrated – just like we do with our time changes each Fall and Spring.

In three days I found I could actually get by without a cell phone.  And as I write this I have had my new phone for about six hours and I have yet to pick it up or even look at it.

Seems I’ll have to get back to you with a text.  But until then I leave you with Frost’s wondrous conclusion:

… Two roads diverged in a wood, and I,
I took the one less traveled by,
And that has made all the difference. 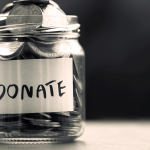 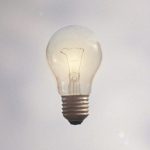